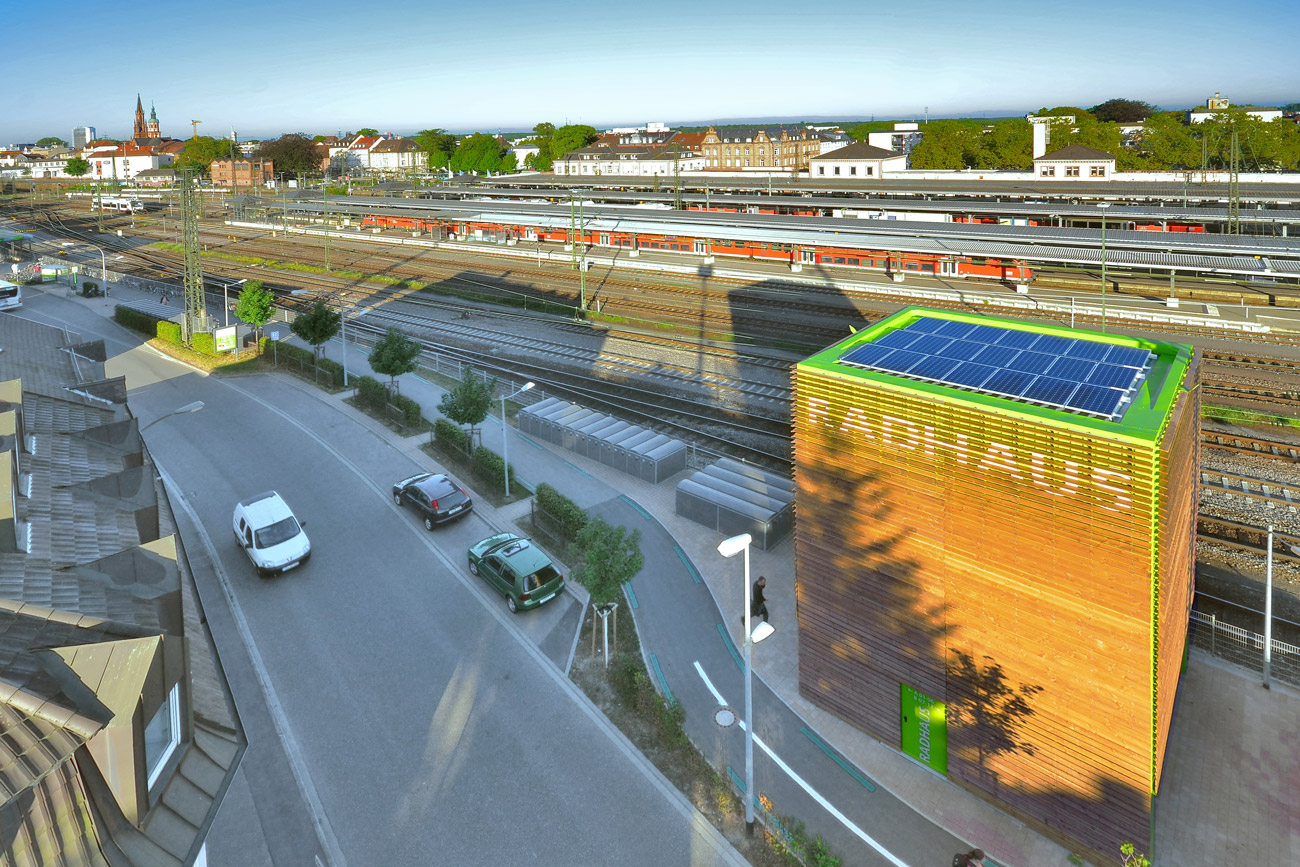 Following the example of the smart Towers we have developed a unique building: The first fully-automated parking garage for bicycles with pallets technology.

The city of Offenburg has started operating the first model on July 2013 on the eastern side of the central station.

The RADHAUS is a fully automatic parking garage for up to 120 bicycles. This forward-looking and innovative concept stores bikes safely and using as less surface as possible. The building occupies a surface of approx. 55m² on 10,5m total height and features an entrance floor on the street level and 5 storage floors.

The number of bikes increases daily, thus making raise the demand for suitable bycicle infrastructures by the bike drivers. Our RADHAUS reprsents an innovative solution for improving the existing city infrastructures. 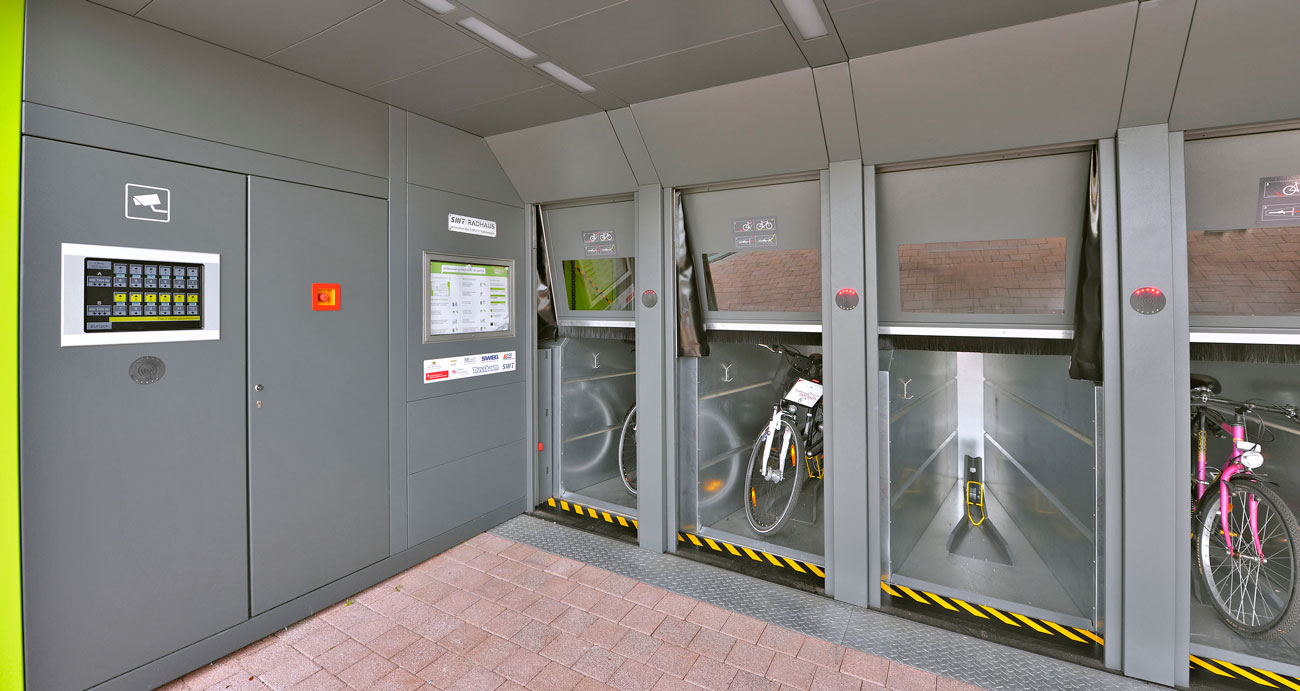 Infrastructure – Your Symbol for a Bike-friendly City

A huge amount of bike drivers converge each day to cardinal points of the cities, such as stations, schools and offices. Often the municipalities cannot afford to fully satisfy the demand for safe bike parking places. The bike sector, especially during the rush hour, lacks often in appropriate surfaces. The parallel increasing amount of parking cars also reduces the available room for bikes.

Therefore the promotion of the bike traffic, e.g. by providing the city with a bike-friendly infrastructure, also for ecological and health reasons is a contemporary issue, to which our Cityline and the innovative RADHAUS represent a tangible and very practical answer.

Be an Ecological Pioneer

Signal a bike-friendly infrastructure. The Facade of your RADHAUS, which can also used as advertising medium, can also be covered by sustainable materials, such as wood, and its roof can be foreseen with solar panels.

A Futuristic yet Simple Architecture

The basis of the building shell is made of enclosed trapezoidal steel sheet. The trapezoidal steel sheet of the facade will be placed vertically and is available in several RAL colors. The roof of the RADHAUS features a slight inclination including an internal system for rain collection, so slight that it is not visible from outside. This feature allowsfor elegant and effective weather protection for the bike parkig system. In case you desire an customized appearance, you can easily apply curtain-wall coverings of the most diverse facade materials and glass, as you can see by the smart Towers, which allow for great elegance and visual valorization, thus making the RADHAUS also become a display system. In addition it is possible to integrate advertising media, such as big flat screens to the RADHAUS, in order to also exploit it as an advertising surface

The Modern Bike Rental Station for Pedelecs and E-Bikes.